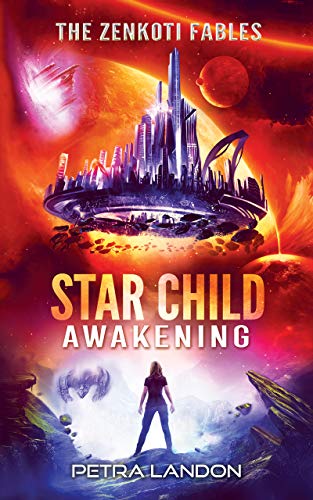 Full disclosure, I was provided an advanced copy of this book by the author however I have voluntarily chosen to write a review. All opinions are my own.

Novia Dozanti leads a calm life on a mining outpost. As she goes about her duties in the same inn that her mother once worked, Novi can’t help but wonder what else is “out there” and why she seems to be so obsessed with finding out. But when a wrong turn lands her amid one of the most fabled renegades to ever traverse the stars she seems to have bitten off more than she can chew. As a reluctant stowaway on Ilar’s Justice, Novi only hopes to keep her presence a secret until she can sneak off the vessel and find her way back home. When she is discovered by Rifkin Soren and his crew, things seem to go from bad to worse as in a heartbeat Novi goes from stowaway to prisoner. But when a crisis arises, Novi uses her captive status to her advantage but in earning the crew’s trust, she also discovers a secret about her past.

Star Child is the beginning of a new series by Petra Landon. Originally released on her author website as a series of shorts, Starchild – The Awakening is the aggregation of all the prior episodes of the previously named Zenkoti Fables into what has shaped up to be a great start to a new series. Novi’s character is just the right mixture of curiosity, naivete, and spunk. Couple that with the renegade crew of Ilar’s Justice and their intimidating leader Rifkin Soren and Landon has crafted a world that I definitely would like to know more about. After being introduced to this cast of characters and being left with a breathless cliffhanger conclusion I am very much looking forward to the next series of episodes. Whether Landon opts to tease us with one-off episodes on her author page or makes us wait until they are all complete for a new novel, I will be there to see what happens with Novi and the crew of Ilar’s Justice.