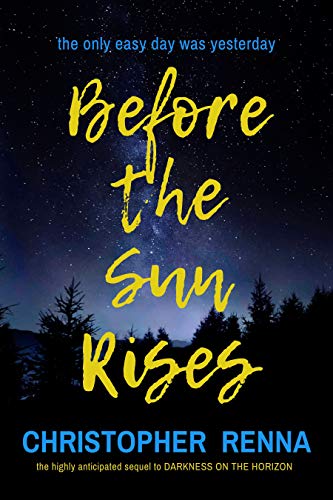 Having barely survived the horrors of East Horsley, Jonathan and Morgan return home to Colby Pennsylvania with the newly liberated mortal souls, Emily and Nicholas. But returning to Colby is not a happy experience for Morgan and after spending time held captive in a lavish estate, the reality of Colby as a dying town is more real than ever. All Morgan wants to do is finish school so he and Jonathan can move away from the bad memories but accomplishing this will be no small feat. No sooner than they arrive in the States it becomes clear that they will not be able to resume any semblance of a normal life. If being dogged by a tenacious Fed isn’t bad enough, the group also learns that a small but powerful revenge-seeking faction has followed their tracks and will not rest until Morgan is eliminated. With the help of Elder Patricia, her associates, and a few unexpected allies the team seeks to devise a plan to defeat the renegades before they can reach their intended target.

Before the Sun Rises is the follow up to Darkness on the Horizon and continues Morgan Fischer’s journey from a human to immortal. Picking up not too far after Darkness on the Horizon, Morgan, and Jonathan are still reeling from the life-changing events of East Horsley and the loss of a dear friend and sister. There is no comfort in returning to Fischer House, but life must go on even if the memories linger. Morgan and Jonathan are both adjusting to life after their travels to England, the loss of Ava and Morgan’s guilt over his newly bestowed immortality. Luckily, they do not have to go down this road alone as they are joined by kindred spirits Emily and Nicholas. The Mortal Souls and prior residents of East Horsley also experienced firsthand the barbaric events and are grateful to be able to escape and start anew. Morgan particularly finds himself drawn to the duo as their shared experiences help them to form a bond that is unlike any other.

Where Darkness on the Horizon left me with many questions Before the Sun Rises had a definite feeling of closure. If Renna opts to end the story at this point it would still make for a great story and one I will most likely re-read again in the future. After getting to know this cast of characters over the last few books, however, I am also holding out hope that there is a third in the series.to continue the adventures. While this may be a lull in the action, I am certain that Renna probably still has more of this story to tell.