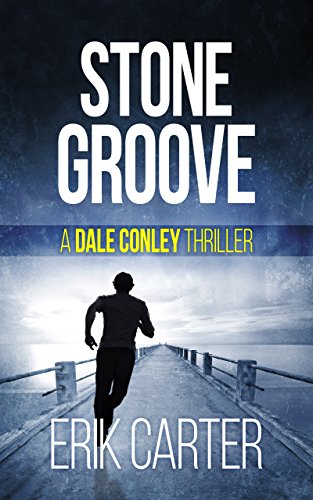 Full Disclosure – I was provided with a copy of this book by the author, however, have voluntarily chosen to write a review. All opinions are my own.

Over the course of a few days, an entire community goes missing. Over 100 men, women, and children vanish, with the only clue being a blood-spattered stone with the word “Roanoke” carved on it. BEI Special Agent Dale Conley must decipher the riddles left behind by the mysterious person known as “Father”, but the stakes are high and the price for failure is death. With each new riddle, a parallel begins to be drawn between the Marshallite community and Dale’s own past. What starts out as a routine BEI case has become personal and Conley must confront his own demons if he is going to make it out alive.

Stone Groove, is the first in the Dale Conley Action Thrillers series by Erik Carter, but it is not the first one that I have read. Having previously read Dream On, I was eager to delve into this title. I was not disappointed. While Stone Groove is the first in the series, I didn’t at all feel as if I was backtracking by reading this title out of order. As a separate stand-alone novel, Stone Groove works well to tell an intriguing story while introducing the reader to the major players of the overall series.

Set in the seventies, Carter takes us back to a time before cell phones and computers, maybe not a simpler time but a time where communication is not as immediate as it is today.  As with Dream On, Carter has taken a historical event in the disappearance of the sixteenth century Roanoke Colony and has used it as the backdrop to tell the tale of his modern-day Marshallites. Using historical facts along with equally riddles designed to test Conley’s knowledge, “The Father” and “The Man in Black” keep one step ahead of almost to the very end.

For me, I really liked this story; how we get to see a bit of Dale’s past and how it comes back to haunt him, so to speak. And as with “Dream On”, “Stone Groove” also had me delving deeper into the story of Virginia Dare and the lost Roanoke colony, which is never a bad thing to learn something new as you’re indulging in a great story. Yet again, another great story that has left me looking forward to the next book.