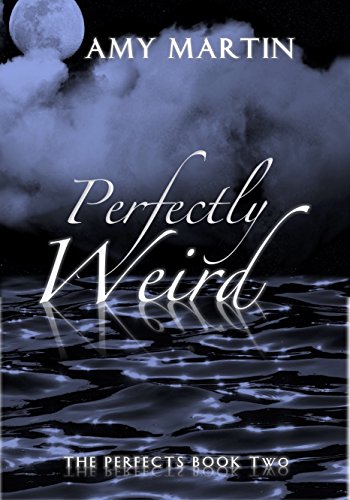 Perfectly Weird is the second in The Perfects series of books by Amy Martin. Following the same timeline as Perfectly Normal, this instalment tells Dani McGuire’s story as the popular cheerleader wakes up on the floor of her former friend’s childhood home. Having assumed the body of her former friend Janey Douchette, she is lost and alone. When she tries to attempt to get back home, Dani finds herself kidnapped by a pair of brothers and their mysterious mother. The longer she is held captive, the more is revealed about not only her but her family, friends and her fellow Perfects. Dani’s life is turned upside down and inside out as she learns that not all is as it seems in Ridgeview and the surrounding areas. The only problem is, will she ever be able to get back to herself to do anything about it?

For as much as I enjoyed Perfectly Normal, I believe that Martin has upped the ante with Perfectly Weird. As the timelines run concurrently between both books, you could technically read these in any order; but getting Rachel’s version first, followed by where Dani was during the same time frame was very effective. I really loved watching the prim and proper cheerleader homecoming queen trying to come to grips with the fact that her once Barbie blonde hair is now blue and her designer clothes replaced with Cure concert t-shirts. Toss in twin captors, Jackson and Joel, and now Dani is questioning her loyalties even as she is inhabiting another person’s body. Even though the same story is told from a different angle in Perfectly Weird, Martin has still crafted a totally unique story that serves to advance the overall storyline and has left me looking forward to the next in the series to find out how the story ends.