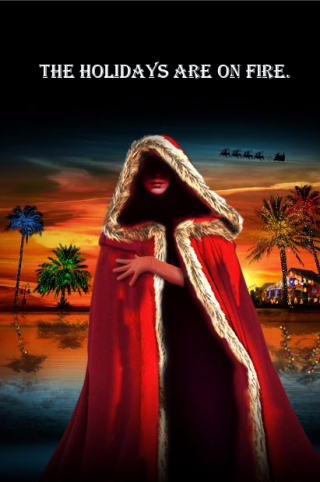 Full disclosure, I was provided with an advanced copy of this book from the author however I have voluntarily chosen to write a review. All opinions are my own.

The Christmas that almost wasn’t

On a routine Christmas practice run, Santa goes missing. Trapped in an unknown location, Rudolph and the Elven work hard to find him. With less than a month to go , the inhabitants of the North Pole are frantic to get their patriarch back, but his captor has other plans for the jolly fat man.

Shortly before Christmas, Kandi Anthony leaves the frozen Alaskan tundra with her father to visit a colleague in a remote tropical island. For Kandi, this should be a vacation, but something isn’t right. After a strangely secretive journey, Kandi should be happy to be free of the snow and the ice, but with the overly done Christmas theme of the resort’s holographic reindeer and other merriment in the hallways, the atmosphere is almost jarring. With her only companions being an AI Sandman and a peculiar boy sequestered behind a glass wall Kandi becomes determined to figure out the story behind the island’s owner and her father’s long work days.  The more she attempts to glean information about this person referred to as “The Miser”, the more it seems that the island and its inhabitants are out to stop her from succeeding.

“Claus: Rise of the Miser” is the latest in the Christmas themed Science Fiction series of novels by Tony Bertauski and is the fifth in the series that sees popular Christmas time characters re-imagined with a Sci-Fi twist. Rise of the Miser, is the second in the Claus arc. The first novel “Legend of the Fat Man” delves into the origin story of this popular holiday myth and is an amazing read by itself. While “Rise of the Miser” piggybacks off of the earlier book, it is not necessary to have read the legend to understand the story line of  Miser. For me, Rise of the Miser was a fun read with an overall theme of family. Heether/The Miser’s story is one that will have you feeling for the “bad guy” and wondering what you would do if in a similar situation. Sandy, the AI “Sandman” that seems to be Kandi’s constant companion inside the resort is a hilarious bit of comedy added in just the right amounts.  If  you love Christmas but are not steeped in tradition and are willing to give something a little bit different a try, Rise of the Miser would a great choice for a holiday read that has familiar characters but is totally different.