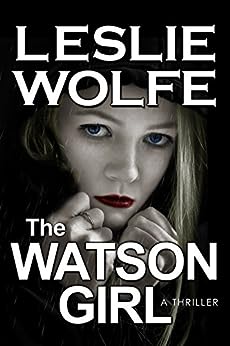 FBI Agent Tess Winett is back in action in this follow up to last year’s “Dawn Girl”. Set shortly after “Dawn Girl”, Tess resumes duty as an FBI agent with a seemingly innocuous task – interviewing a death row inmate prior to his execution. While normally a routine task, Tess get more than she bargains for when the media dubbed “Family Man” tells her that of the 34 family killings he is attributed, possibly the most famous “Watson case” was not his. Tess believes him and with the begrudging assistance of Michowsky and Fradella, sets out to review the case files of a now cold  case to attempt to identify and catch a potentially still active serial killer before he can tie up the one loose end that was left all those years ago.

Fifteen years ago, 5-year-old Laura Watson hid in horror as her entire family was murdered by a serial killer known as “The Family Man”.  Dubbed “The Watson Girl” by the media Laura was taken in by the Welshes, her family’s longtime friends and deceased father’s business partner. Having survived her ordeal, Laura is poised to become an engineer and join her adopted father in running the family business.  When she is contacted by a psychologist to undergo ‘regression therapy’ to try to uncover details that her brain blocked from that tragic night Laura unknowingly sets herself on a path that will place her face to face with her family’s true killer.

I find it only fair you warn you that you should not begin this book if you have somewhere to be because you will immediately get sucked into the story and be hard pressed to pause.  Set in sunny South Florida, Wolfe weaves a brilliantly crafted story that is not only believable but also downright scary. Agent Winnett continues to battle her inner demons from issues that stem from her unresolved PTSD to departmental issues that threaten her position on the force. Palm Beach Detective Michowsky and Fradella make a return appearance as her support team. Tess’ interactions with Garza inside Raiford prison added a hint of “Silence of the Lambs” element to the story. I think the best parts of the story was the unsub’s “Reflections”. These portions really upped the creep factor for me as we see just how unhinged the killer truly is.

The Watson Girl is probably one of the best crime thriller novels I have read to date. I am looking forward to reading more about Agent Winnett as I’m sure her story is far from over.