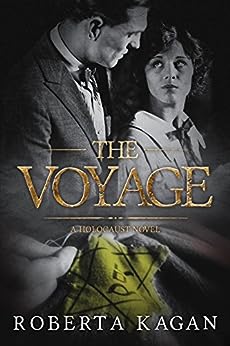 A fictional story with a historic backdrop

“The Voyage” by Roberta Kagan is a fictional retelling of the passengers of the doomed cruise liner the “MS St. Louis”. Seeking to escape Nazi tyranny roughly 900 Jewish refugees boarded the ship in May of 1939 for a one-way trip to Cuba and relative safety. What they were not aware of was that by the time the ship arrived in Cuban waters, all but a handful of their visas had been invalidated and much of the asylum seekers would be denied entry. What appeared to be a chance of a lifetime, free from Nazi persecution turned into a cruel joke. Not wanting to return the refugees to Germany at all costs, the sympathetic ship’s captain worked diligently for over a month to find a haven for those who were not permitted to disembark in Cuba.  Kagan’s story follows three passengers and a crew member throughout their journey on the St. Louis and beyond as they settle in their new homes and attempt to rebuild their lives.

It is important to keep in mind that this is a fictional story set with a historical backdrop. Much like James Cameron’s retelling of the Titanic disaster, there are some familiar faces, however many of the main characters are products of the author’s imagination. Going into this story with the knowledge that this is not supposed to be a history book retelling can be the difference between a very enjoyable read and massive disappointment. For instance, the thought of a former Dachau occupant setting foot on the St. Louis is about a hard to swallow as a third-class passenger ever being allowed into a first-class dining hall on Titanic. Suspend your belief for the sake of the story at hand, and both premises oddly work.

All nitpicking aside, I really did enjoy this story. Anna and Alex’s story was very well crafted; sweet and tragic at the same time. Alex’s time in Dachau most likely afflicted him with PTSD before there were even words to describe it. Watching him fight to overcome this and build a life outside of the horrors of Nazi Germany had me rooting for him in all his brokenness. Manny was a good friend and bitter rival all rolled up into one and to me represented the despair of the passengers who were unable to leave the ship in Cuba. Elke and Viktor’s story was a tale of forbidden love during one of the most dangerous times in human history. The lengths they go to protect Elke, I’m sure, is only one small example of several other heroes during this dark time in history.

If you are interested in historical fiction and are also interested in World War II stories, I would recommend this novel. Not a “war story” per se, this is more of a tale of the triumph of the human spirit over insurmountable odds.

**On a personal note, it is my understanding that Ms. Kagan has done extensive research the Holocaust and many of her novels strive to tell the stories of the survivors, the victims and the culture of the world during that time. The Voyage for me, was enough of an introduction that I plan to read more of this author’s work. Like she has stated in her biography on Amazon, these stories and the people who lived them must not be forgotten.**