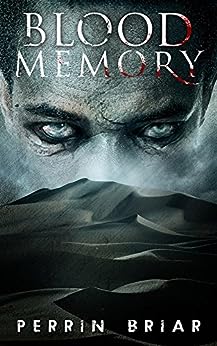 A War for survival

The trio of survivors finally reach the beach house Jordan begins to recall the memories that trigger his reoccurring nightmare. After succumbing to what can only be called a trance like daze, Jordan shadows his memories as he relives the horror that occurred at the beach house. The identities of the occupants of the house in his dream are revealed to be his wife and daughter and the revelation of his inability to save them almost drives him mad.

Pressing on to the marina where the cat is moored the trio arrive only to find that they have company and are again forced to alter their course in order to seek help back at Burgh Castle, but they are soon separated when Jordan is captured and taken to the “leader” of the zombie horde.

Tim  – an Alpha zombie of sorts in not your average Lurcher. What he knows and what he can do is chilling. As he shares his plans for Jordan with him one thing is certain; Jordan must escape before Tim can put his plans into action. Will he make it out of the Lurcher compound and back to Burgh Castle to help his friends? Time is not on his side and to fail could mean the end of humanity.

Book 5 really serves as the culmination of all storylines in the Blood Memory series to date. Jordan regains his memories and learns how he fits into Tim’s plans. As an “Alpha” or “Overlord” as Briar tells it, Tim is innocent and terrifying all at the same time and it truly the stuff of nightmares. Adding in the ability to think and speak, absorb anyone’s memories by tasting their blood and controlling thousands of undead just scratches the surface with this character. He almost reminds me of an undead version of Isaac from the Children of the Corn. While closing of this book sees our trio of survivors sailing off into the sunset, I’m fairly certain that, for everything they’ve endured thus far, their troubles are only just beginning. All in all a solid close of a few older story lines yet paving the way for an entire new set of adventure.