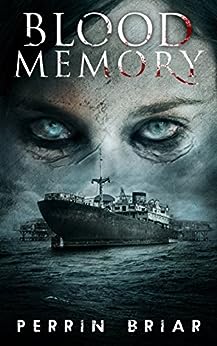 Book 6 picks up apparently sometime after book 5 leaves off. The remaining three surviving members of the “Haven” having sailed off previously on the newly named “Hope Tomorrow” are somewhere in, around or near the Suez Canal. They are on the dock confronted by Tim and the Port Said guard. Jumping right into the action, Jordan, Anne, Jessie and Sam…. ( wait. .who??) are confronted with a choice – face Tim or flee. Having assumed Tim dead after the incident at Burgh Castle, Jordan struggles with the knowledge that he is still alive.  Tim is apparently a changed man of sorts and seeks out the survivors to enlist their help in joining forces to defeat the other zombie overlords and return the world to a pre apocalypse state. Can this young child turned zombie overlord be taken at his word and be trusted? The team is faced with a hard decision.

Okay starting out in this book I feel like I missed an installment somewhere between book 5 and 6. I understand that there was a passage of an indeterminate amount of time, but it appears that a lot may have happened in that time frame that may or may not have been plot driving. For example, I was very thrown off when they mentioned Sam on the dock with them in the opening segment; so much so that I thought that the author had made a mistake with the character names. Then there was a mention of someone named “Ori” that was apparently a real ass that got them jailed and almost killed. So needless to say I felt a little bit lost until the story provided the back stories to fill the plot holes.

I must say that I am thoroughly enjoying this new spin on the zombie genre however. Usually it’s just a horde of mindless undead out to eat anything and anyone in their way with no thought or depth. Briar comes along with the concept of “smarter” zombie overlords who can exert influence and control over others of their type and it has proven to be a very interesting twist. So now basically we have a giant undead game of “Risk” being played out with the entire population of the Earth (dead and undead) at stake. Tim’s motives appear to be noble, but I can’t help but wonder if his motives won’t change the larger he becomes. You know what they say… absolute power corrupts absolutely!

The story is heating up and moving along nicely. Book 7 should be an exciting time as we witness Tim’s campaign for overlord dominance.