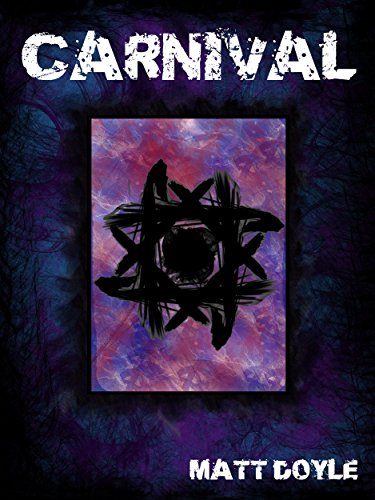 The following review may not necessarily contain spoilers but could contain musings and other statements that may be considered spoileresque … consider yourself warned.

Carnival picks up almost immediately were WICK leaves off and continues to focus on Carnival and Emblem’s interest in her retrieval for further research. As we enter the second day of the Spark Forming World Championships the action again is depicted with all the vividness of attending a live event, complete with a few unexpected turns of events that leave the crowd, announcers and the reader reeling. For as much as certain angles end a few are left hanging and a few more are introduced that aren’t quite concluded at the end of Carnival. I did love the ending. I definitely left you on a warm and cozy footing in spite of everything else.

Overall, a fabulous follow up and an ending that left you wanting more. Highly recommend this series for many reasons and I hope that there are more to come.

****Spoileresque content below, you can stop reading here if you’re not interested in any of my further rants and musings*****

I, for one am curious about the future of John and Carnival and Fahrn and Maria. What exactly was the operation that John had and how does it relate to Carnival and her wanting them to “die together”? I’m thinking from the nature of the scars and it being in the general area of his chest that this may have and something to do with his heart; but what? Are they sharing the organ now in a weird Sci Fi sort of way? (Could explain why he can no longer play live matches if they’re sharing the same heart the added stress of both of them on this organ would definitely cause major problems)

I had two possible theories playing out with regards to either John becoming a Spark Form (sort of like Meera/Laqueta) or that he already was one created by his Grandad but those ideas didn’t pan out so I’m still a bit in the dark as to what the whole big stipulation was in Carnival’s contract with Emblem.

Also, is Fahrn only being used as an elaborate pawn to sway public opinion for to Offlanders to increase a weird manipulated patriotism for induction into the military or was her recruitment in the Offland Civil Rights movement for a more noble purpose? I mean, the implications of Fahrn and the revelations Lana learned from Finn could easily fill another book as long as it doesn’t get to “Hunger Games-y” because I can also definitely see a potential there for that happening. Also will Maria ever come clean and tell Fahrn the truth about what actually happened to Meera? How could the truth affect Fahrn’s mindset and cooperation with the OCVM if she knew? Could it throw a major wrench into events or would she use the information as leverage for her benefit? The angle with the Djorkiev family could also play further into Fahrn’s story. It seems that Djorikev’s influence on the sport of Spark Forming and possible politics could make them the McMahon family 2916. I mean there’s a wrestling family that you either Love or Hate, but there’s always the one family dissenter (Dorian?) to throw some drama and excitement in the mix.

Does Connor Ford die as he intended – going out in a blaze of glory doing what he loved the most like Mickey Rourke’s character in the Wrestler or does Emblem get him treatment to prolong his life and his misery? I mean, it did appear that he was revived in Sean Carlston’s dressing room and was none too happy about it. What happened after that?

And while I’m on the wrestling references and being a lifelong wrestling fan I have a few more similarly themed thoughts that provided a few vivid images for the characters and a chuckle now and then. Okay so first, the obvious

Slade Fury – Loud, brash, hairy and jolly. Doesn’t win much but the fans love him… It’s Hacksaw Jim Duggan all the way.

Connor Ford – Veteran, Old School with a chip on his shoulder the size of Montana. Can’t stand the youth and the progression of the sport and just wants things to remain the same. Oh and let’s not forget the big furry ring entrance robe. Ric Flair anyone? Woooooo!

John Forrester and Carnival also tugged at something with me, particularly their entrances into the battle zone. Coming out as a team to flashing lights and music, dancing their way to their opponents without a care in the world. Okay yeah Carnival being a Lopine and a Spark Form shouldn’t be able to be equated to a wrestling personality right? Wrong – the more I read about her show gear and also picturing her in my mind I kept thinking that if she were human than she would look a ton like Taya Valkyrie which then of course would make her partner Johnny Mundo (John Morrison for those of you not acquainted with Lucha Underground or Lucha Libre in general)

****End Spoileresque content If you made it this far, thanks for reading! You must have liked this book as much as I did. If you haven’t yet read it, hopefully I’ve given you a little extra intrigue to pick them up.****