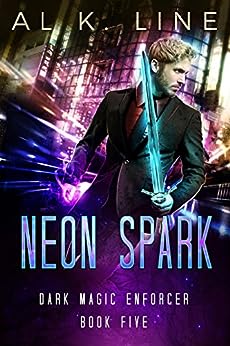 Revenge in the Land of the Rising Sun

Still reeling from the betrayal of Mage Rikka, a man he once considered a mentor and a father figure, and clearing his name before an execution ended his life, Faz is off to Japan with one thing on his mind:

One good thing Rikka did for him in the end was to tell him the name of his parents’ murderer. Armed with that information he immediately heads off to the land of the Rising Sun. Accompanied initially by Grandma, Kate and Dancer, Spark sets out on what may very well be his final mission – find and kill Kimiko Cocchi. After the initial culture shock and encountering Hidden of a more extreme and bizarre nature, Faz decides to do what he does best… go it alone. Sending everyone back to the relative safety of Cardiff, he realizes that this may not have been the best of ideas. Up the proverbial creek without a paddle, Spark finds himself in ever increasingly dangerous situations as he tracks his prey. Losing this battle is not an option as it will be the death of him, but will success bring any different outcome?

Not for the squeamish, Neon Spark is a violent trek though the city of Tokyo. Throughout the story we are taken through the bright lights and overcrowded hustle and bustle of the city center to the seedy underbelly run by the Yakuza and all manner of places in between. The imagery is enough to stir your senses and either make you want to take a trip or hide in a closet somewhere depending on your mindset. All manner of hidden are present, including not so neatly preserved zombies, hellhounds, yokai and numerous creatures only found in Japanese culture and folklore; and all appear to be dead set on keeping our Enforcer from his ultimate goal. The “usual suspects” are present in the form of Dancer and Intus and a few secrets are uncovered along the way that continue to make Faz wonder just how much he really knows his friends. There are a few comical points in the story as well, but they are few and far between. Although the name of this installment is “Neon Spark” this is definitely the darkest book to date, and probably the best.