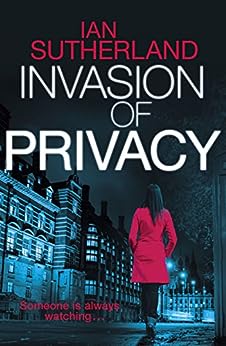 Invasion of Privacy resumes the story of white-hat hacker and penetration tester, Brody Taylor approximately 6 months after the end of Social Engineer. Brody has resumed his life online, with the occasional off line interaction, however they are few and far between. When he is solicited to pentest a fellow hacker’s less than legal voyeur site as part of a challenge, he reluctantly agrees. While not wanting to get dragged into a public challenge, his elite reputation is at stake and he is not willing to tarnish it. While perusing the site, he discovers that one of the subjects of the webcam video feeds was just found violently murdered. When a second body is found in a similar manner, Brody begins to wonder what is actually going on with “Secretly Watching You”. Could this be the method that a possible serial killer is selecting his victims?  After having socially engineered his way into the police investigation, Brody and DI Jenny Price team up in an effort to locate the killer before another victim meets a grisly end. Brody’s real life and online lives are set on a collision course that could very well be the end of life as he knows it.

This book immediately pulls you into the story and the action and suspense doesn’t let up for a second. Part police procedural and part cyber-thriller, Invasion of Privacy had me up at 3 a.m. sneaking in a few chapters because I wanted to know what happens next. Just when I thought I had it figured out some new piece of evidence turned up or something was said that had me rethinking my whole theory.  Parts of this book are definitely not for the faint of heart and the ending will have you screaming at your book, or kindle or computer or whatever you are reading this on.  If you want a gritty thriller that could very well play out in the real world, this book delivers!