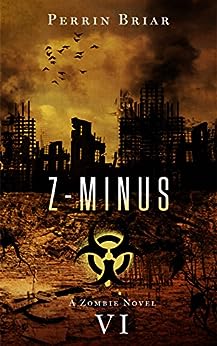 Some discoveries should remain buried

At the end of the world lies Palmer Station, a scientific research facility occupied by 8 people. Their mission; to extract and research millennia old ice deposits to unravel the secrets of the planet. Famed scientist, Dr. Scott is heading up this venture when his team discovers a perfectly preserved fossil in the icy depths. The species, unknown to man and unseen on the planet for centuries is not one that should have been found in the Antarctic. When the specimen is retrieved for further research, Dr. Scott uncovers an unknown virus with a secret so terrifying he is compelled to destroy the specimen and himself for the sake of the greater good.

Hamish arrives at Palmer Station shortly after Dr. Scott’s demise, handpicked by his predecessor as successor to his work. Upon his arrival, strange events occur that results in a team member dead and two more in a quarantine situation. With a blizzard raging outside, the survivors are caught in a race against time to uncover the origin of this sickness before the rescue team arrives. With nowhere to hide and nowhere to escape, will Hamish and the surviving team members succeed in containing the virus?

While technically the sixth installment in the Z-Minus series by Perrin Briar this book is the conclusion of the event of books 4 and 5 and describes the origin and inception of the “Zombie virus” of the prior books. For those who haven’t read the prior two episodes, this book can easily be read as the first and then 4 and 5 after, but for those who’ve read Z-Minus in sequence, this story will serve to answer some nagging questions left behind by the earlier stories. It was also interesting to note that for the more astute reader, Perrin left a few “Easter Eggs” in the prior books that come more into play in this final telling.

The concept of having time counting down added to the suspense and urgency of the situation, kind of like 24 with the beeping of the clock, we see the team’s situation become more perilous the closer we get to zero. I also loved the whole “shuttered in during a blizzard in the Antarctic wilderness with no hope of escape or rescue” aspect as well. It definitely gave the whole thing an “Alien”esque feel  with the utter bleakness of the situation. I really liked this series and where zombie novels are concerned, this take is fresher (LOL! I never thought I would ever use the term “fresh” to describe a zombie novel!) than the tried and true formulas that seem to have flooded bookstores and ereaders of late. I would recommend this series for its uniqueness alone and the imagination involved with the stories and characters.