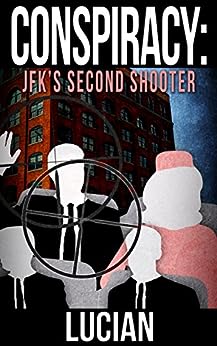 This kid’s first big story could very well be his last!

It was the crime of the Century. An act of violence so horrible that a country is plunged into mourning with its beloved leader dead. The assassination of President John Fitzgerald Kennedy is one of those events that everyone remembers where they were when it happened. Probably nobody remembers where they were at this time in history more than John Wilson, a one-time Presidential assassin who has carried the truth of what happened that day with him for the past 50 years. Now finding himself terminally ill, he seeks out Frank Riles, a rookie journalist with the intention of setting the record straight no matter what the cost. His co-conspirators, however, are determined that the past stays buried. As the bodies start to pile up, Frank finds himself caught up in the biggest story of his entire career, but will this story be his swan song?

This fictional account of the Kennedy assassination starts fast and doesn’t let up for a second. As the story unfolds, more and more of the conspiracy unravels, letting the reader see the depth of corruption and calculation that resulted in the death of the leader of the free world. While definitely not a true account, there are still plenty of conspiracy theories abound regarding what truly happened that day to make this read fun and thought provoking. Frank Riles is a very likeable character… a young gun who finds himself in the midst of a shit-storm that can make or break him if he can only survive it. Even knowing John Wilson’s past and his role in the events that transpired roughly 50 years ago, I still found myself rooting for him as the protector of Frank and the person dead set on bringing the truth to light.

Having now read all of Lucian’s books to day I have to say that this has got to be my favorite to date. I am looking forward to more “Conspiracy” series novel from him.