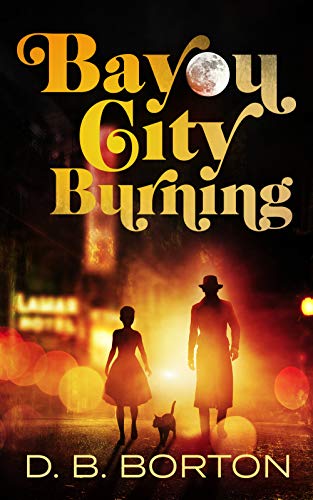 Full disclosure, I was provided a copy of this book by the author, however, have voluntarily chosen to write a review. All opinions are my own

Dizzy’s a chip off the ol’ block

Harry Lark is a private investigator in 1960’s Houston. When he is contacted by an out of towner to trail some visitors, Harry is intrigued, but when his client turns up dead Harry begins to suspect that something is off. Things go from bad to worse when he is visited by the mob who are looking for a large sum of money that they believe Harry has. With the country in the middle of the space race and Houston on the short list for the site of a new space center, all eyes are on the Lone Star State. It isn’t until the once relatively calm civil rights protests in the city begin to turn violent that the gumshoe’s suspicions go on high alert. Are all of these events just poorly timed unrelated incidents, or is there a much larger plan at work to put a black eye on his hometown?

Meanwhile, 12-year-old Dizzy Lark seems to be following in her father’s footsteps. While not exactly a P.I., Dizzy and her friends have set up shop as a “lost and found” for the neighborhood using her garage as a base of operations. When finding lost shoes and baseball cards develop into the successful location of a friend’s pet Dizzy wonders if she and her friends aren’t in above their heads. As word starts to get out about Dizzy’s little business venture, she receives the strangest request of all. A friend whose father was a recent victim of a train wreck receives a present that has her convinced that her dad is alive. Dizzy and her friends take the case if only to prove to Sissy that her dad is not alive, but strange pieces of evidence start to pop up that cast doubt and cause the children to dig deeper. Dizzy really needs to rely on all her wits, skills and father’s nicked equipment to crack this case, but will the results of her investigation cause more harm than good?

Bayou City Burning is the newest book by author D.B. Borton. Set in 1960’s Houston, the reader is warped back to a time before cell phones and computers, where life was simple for some but not for many others. The timeline of this book is during the heart of the Civil Rights Movement and Borton’s writing depicts the struggles and injustices in a way that is not offensive, but eye-opening. For those, like myself, who have no firsthand of this period, I feel that Borton captures the tension of the times in a vivid way, but these depictions are not one-sided. While Borton displays the callousness of the local law enforcement in their treatment of the protestors, she has also depicted Dizzy and Harry’s friendship with Rose and her niece Juney in an endearing manner that provides a glimmer of hope for the future.

The main thing that really caught my attention with this book was that I felt at times as if I were reading two different stories with the same central characters but revolving around separate events. While reading the “Harry” chapters, I felt myself warped into an old school black and white Sam Spade movie with a decisively Noir type feel. I have always loved stories involving the hard-boiled gumshoe, his wisecracking sidekick and/or secretary, the femme fatale and Mafioso types at every turn. The Harry chapters had this in spades. On the flip side of that, while reading the “Dizzy” chapters, the feel was more of an old Nancy Drew novel or Scooby Doo cartoon where the resourceful, tenacious kids stumble onto a mystery and do not let up until they figure out the puzzle. Watching these two seemingly unrelated storylines start to intertwine and eventually merge was very interesting and made for a really good story.

After reading Bayou City Burning, I am curious to see what’s in store next for Harry and Dizzy in upcoming novels. It will be interesting to see if Borton keeps the duality of the first novel or integrates more into one distinct writing style as father and daughter continue to work together. Whatever the case, I hope to have a front row seat to watch it all unfold.