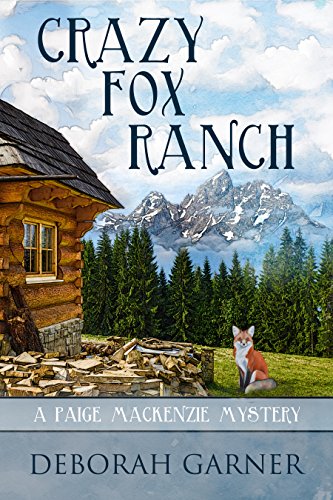 Home on the Ranch

Paige McKenzie returns in the fifth installment in this popular series by author Deborah Garner. Tiring of a long-distance relationship with her handsome cowboy Paige packs up and moves from Manhattan to Jackson Hole, Wyoming. Still remaining on at her old job in a freelance capacity, Paige settles in and starts research on the history of filming in the Jackson Hole area. When Jake mentions that he was recently approached to sell his property by a relative newcomer who did not want to take no for an answer, Paige is intrigued. Not one to leave well enough alone, Paige also notices that Percy Carter also seems to be overly preoccupied with certain areas of the town that were used in the filming of the 1950s western “Shane”. Paige finds herself torn between her new part-time job, helping Jake open his ranch and chasing after foxholes that may be more than what they seem.

I have been anticipating this new story since last year after I read my way through the first four books in the series. While Crazy Fox Ranch can be read as a stand-alone, I find that reading it as part of a much larger storyline has really helped me get to know and love these characters. I tore through this book in a weekend and enjoyed every word. As with all of Garner’s novels, the story is intertwined with the history of the region and little-known facts as Paige researches her various articles. I was not aware of the history that Jackson Hole had with the film industry until reading Crazy Fox Ranch, and that has added an additional spark that has made me want to visit the area for myself. Further, with Garner being a resident if Jackson Hole, her descriptions of the area are such that she can make you feel as if you are standing alongside Paige on the shore of Schwabacher Landing. This made for a totally immersive experience for me as I have come to expect from all her books now. While the ‘mystery’ aspect in this installment is not as prevalent as it has been in some of Paige’s previous adventures, I still feel that it works well as a transition piece or even a first read for someone new to these stories. After all, Paige is just settling in and getting used to her new home and surroundings, we don’t want her finding herself being locked up by a bad guy or held at gunpoint just yet. Ever since I read “Above the Bridge” I have really been rooting for Paige and Jake and have enjoyed watching their relationship grow and strengthen through and sometimes in spite of Paige’s adventures. Now that Paige has landed in Jackson Hole to stay, I am looking forward to seeing just how well our city girl assimilates into country life. I’m sure there were be plenty more laughs and adventures to come as the Crazy Fox Ranch begins to welcome its first guests.