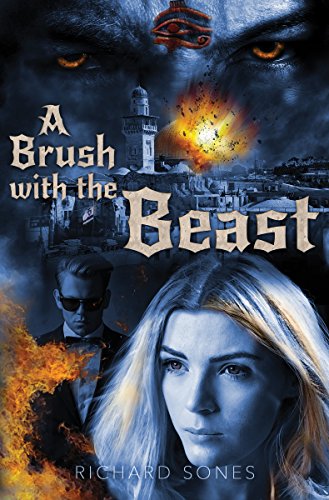 The Rise of the Antichrist

A Brush with The Beast can best be described as an apocalyptic end times novel that documents the rise of the Antichrist and the one world government that is foretold in the book of Revelation. The story Chronicles the separate journeys of IT Executive Nick Gooseberry, ex-convict Sarah Johnson, and would be terrorist Fanak as they all find themselves placed in very different situations. For Nick, he just wants to be pain-free, but an invitation to join a ‘secret society’ that worships a long-forgotten deity changes everything. Sarah is trying to get by in a small Texas town after running afoul of the law too many times. After she is set up by her boss, she finds herself on the run, not only for her freedom but also her life. Fanak, as he is known in jihadist circles, is a bitter young man wanting to strike out at the country responsible for the death of his family. Located in different parts of the planet, the trio finds themselves inevitably drawn together by powers and situations beyond their control.

Richard Sones has done a really great job in my opinion of illustrating one of the best-known end times prophecies that I have seen in a long time; and coming behind the Left Behind series, that is a tall order. Unlike his predecessors, Sones provides a raw and sometimes graphic depiction of the events that are foretold to usher in the Antichrist and the one world government that will leave an unsuspecting reader appalled at the very least if not utterly outraged. Sones depicts the events from a current worldview and using language befitting the characters portrayed. With that being said, yes, the Antichrist character not only partakes in a few very despicable and shocking rituals, but he also curses. While I have read some reviews that have discounted this book and the author for his choice of character development with this particular character, for me it makes total sense and more accurately depicts how you would expect the embodiment of pure evil to behave.

Overall, the story moves fast enough to move things along, but not so fast as to lose the reader. For the reader who may have picked this up and are not familiar with the source material, I still feel that this would be an enjoyable read as while there is scripture quoted by the Christians in the book, it is not preachy. The conclusion of the book leaves all characters in a state of flux, all moving toward their individual ends. While not quite a cliffhanger, there is definitely enough intrigue left to have me looking for future books in the series to see how the passage of time and the changing world environment has affected the three central characters.

If you are looking for clean “feel good” Christian literature this book may not be for you, but if you are not offended by a compelling story told with a level of realism that adds to the overall narrative, A Brush with The Beast may be one to pick up.