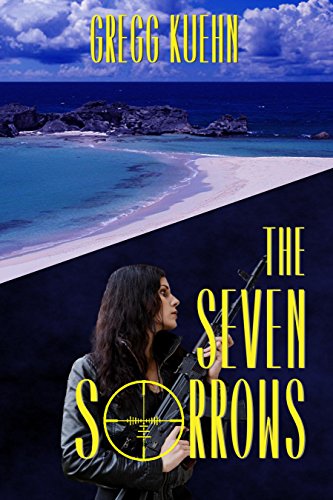 Full disclosure – I was provided a copy of this book by the author, however, I have voluntarily chosen to write a review. All opinions are my own.

The possible location of nuclear missiles and a launcher stolen since the Cuban Missile Crisis are revealed in a deathbed confession setting off a race to be the first to locate the ordinance. The Russians will stop at nothing, and neither will the American Vice President; even if that means selling out and murdering his fellow countrymen. In the middle of it all is an aficionado of weapons who would also like the missiles for his collections. He charges his employee KC Jameson with locating and securing the weapons before either the American special ops team or Russian commandos can retrieve them. With no help available and a Hurricane bearing down on the small island of El Fortunato, KC enlists the help of Nikki Colt, who is visiting the island as part of her marine research job. Together, the pair must decipher a decades-old code to outwit the Russian and American bad guys before the hurricane arrives.

As far as I can tell, The Seven Sorrows appears to be the first fiction book by Gregg Kuehn but I hope that there is more to come. The whole premise of previously stolen nukes as the main plotline made for a very interesting read. From the ‘cloak and dagger’ in the early chapters to more of an “Indiana Jones” type feel as the action moves to a tropical island locale somewhere in the Caribbean the story had a definite “big screen action adventure feel.” KC and Nikki find themselves in tight spot after tight spot as they scour El Fortunato and surrounding islands always a half step ahead of their hunters.

I liked how the narrative revolved around an actual event using the Cuban Missile Crisis as a backstory which helped to set the scene and explain the reason that the nukes were on the island to begin with. The addition of Anne Bonny and Bonny’s Abyss was also a nice touch. I had not heard of her before and was pleasantly surprised to learn that she was pirate in the seventeenth and eighteenth century. I’m pretty sure that Bonny’s Abyss may be fictional, but the swashbuckler was not, and any time a fictional story results in my learning something new is always a plus!

With fast action, beautiful locations, vile bad guys and not so good, good guys, The Seven Sorrows is worth a look. It will be interesting to see if Jameson and Colt return for any more adventures.