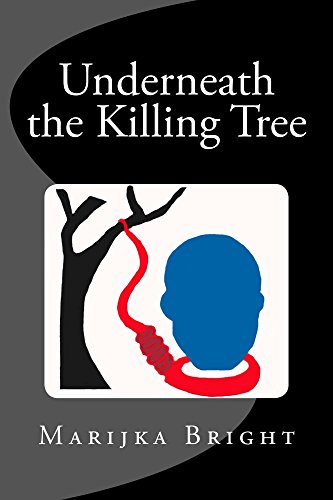 Full disclosure – I was provided a copy of this short story by the author but have voluntarily chosen to write a review. All opinions are my own.

On a sunny morning in 1920, Emlyn Quinn is found hanging from the linden tree on the lushly landscaped estate of Loxley Hall. Ruled as a suicide, her passing is dismissed by the local authorities and may have gone unnoticed had it not been for Mary. Mary Loxley, Emlyn’s kid sister has returned to Loxley Hall from Paris after receiving a cryptic message for Emlyn just days earlier. Convinced that Emlyn’s death was not a suicide but a murder, Mary is determined to uncover the truth.

In present day, Detective Inspector Andy Bliss is called to a gruesome crime scene in the industrial district. With the victim being the proverbial “one that got away” in the Detective’s history, he should be happy, but there is no closure. With John Quinn’s murder, the secrets of fifteen missing girls also dies with him. After Andy is abruptly pulled from the case, he takes an enforced vacation to a quiet country retreat outside of Sheffield to relax and recharge. When he comes face to face with the widow of his nemesis at the retreat followed a grisly discovery on the grounds of the property, Andy realizes that his enforced retreat may have led him to crack the case wide open.

Underneath the Killing Tree is the debut novel by Marijka Bright but don’t let that little detail put you off. The story is a very well-crafted tale of family secrets spanning generations and motivations. I love how Bright used the different storylines in each time line to not only further the current murder case, but also to provide the backstory for the overall picture. Each character in the story had a part to play and as the narrative unfolded, the intricacies of each story-line started to come together to result in an ending that, while not entirely unexpected, was unusual. While this book is a pretty typical police procedural, the uniqueness for me was how two seemingly unrelated story lines were connected. I have seen only a few books where the technique of taking two different time periods and characters to weave separate, yet parallel stories was used. Of those few books, only a handful managed to do it well. I can say without a doubt that Underneath the Killing Tree is worthy of being in the column of having accomplished this task. If you like a good period mystery, are a fan of police procedurals or both, I recommend giving this book a read. It’s a great first effort and I am looking forward to reading more Marijka Bright in the future.