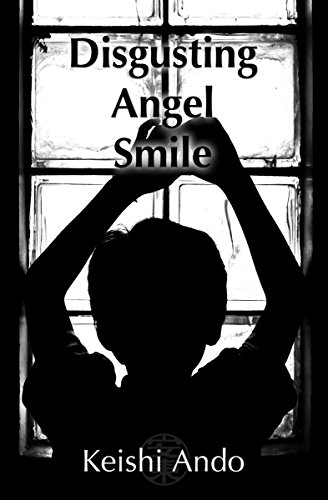 Full disclosure – I was provided a copy of this short story by the author but have voluntarily chosen to write a review. All opinions are my own.

Through the eyes of a child

“Disgusting Angel Smile” is a short story by Japanese poet/author Keishi Ando and for me, this was probably the best of the four short stories that I have read to date. Told again from the point of view of the main character, this time a child living in a small village and bullied terribly by both children and adults alike. One day after helping a stranger he is given a small plush toy as a token of the stranger’s gratitude. His “Miu” becomes a constant companion and only friend during times of trouble. Soon he discovers that Miu has attracted the attention of a tiny angel and devil and that his pleas for help and relief from the torment he is made to endure has not fallen on deaf ears.

As far as Ando’s short stories go, this one really spoke to me. Having endured bullying as well as a child, I found myself sympathizing with the main character. At times, the text eluded to a possible deformity or disability, but having been on the main character’s end of the bullying this may also just speak to the child’s state of mind. The ending was one of those that provided a measure of resolution for the main character but still left a bit of mystery. With the addition of “the Beast” and “the Assassin” into the ending scenes, Ando has also added an element of suspense and leaves the reader with speculation as to what happens next. Whatever the ending Ando does a great job of conveying that no matter how low you are and alone you feel, someone is listening.