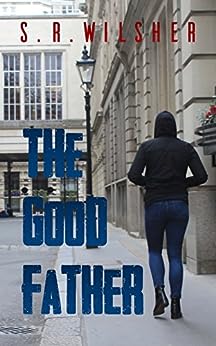 Full Disclosure, I was provided a copy of this title by the author however I have voluntarily chosen to write a review. All opinions are my own.

The past is part of you – for better or for worse

In 1994 Sarajevo, a nine-year-old girl and her brother become instant orphans. The forgotten victims of a brutal war, the pair struggles to survive by any means necessary. Tired of hiding in holes and stealing clothing from the dead, Effie and Ajan find themselves taken in by a brutal man known only as “The Colonel”. Under his rule, they and many other war orphans are cared for, but all swapped one danger for another. The compound is as dangerous as is it a haven, and unfortunately for Effie, she has garnered the animosity of one of the Colonel’s favored. After she witnesses her brother’s brutal murder at the behest of her so-called protector, Effie runs away to seek asylum in a NATO refugee camp.

Fast forward 20 years and Effie is now Mia. Having left her past behind, she has reinvented herself as an aspiring artist and the adopted daughter of the British Foreign Secretary. When an automobile accident lands Mia in hospital, it quickly becomes clear that her mother was not the target of the attack. Mia must rely on the skills learned as a young girl as she goes deep undercover to determine who is after her. The more she digs, the more it becomes apparent that the demons from her past may have returned to settle old scores.

The Good Father is one of those epic stories of cat and mouse that spans decades and continents. Mia Hardy just wants to be left in peace to forge her way as an artist and make a name for herself; but being the adopted daughter of a major political figure makes that difficult for her to do. Factor in her childhood history with a compassionate soldier willing to risk everything to smuggle her out of Sarajevo to safety and Mia is truly a political career ruining bombshell waiting to happen. Yet, when the nightmares from her past suddenly start turning up in the present, Mia knows there is only one thing to do. She needs to find and confront the past before it destroys her future.

The entire story is told in a sequence of alternating timelines, where you see what happened previously interspersed with the current action, with the first third of this book consists of alternating flashbacks to 1994 coupled with the events of present day and the time gaps becoming smaller and smaller as the story progresses. I really liked this style, even if it did result in a slow start because I feel it was necessary to fully understand Mia’s origins as well as the origins and motives of several other characters that are encountered later in the story. Also with this flashback technique used, it was a neat way to advance the storyline by revealing previous events at a designated time in the plot line. Wilsher’s description of war torn Sarajevo depicted a bleak, dangerous place that made me feel how desperate the inhabitants of the city during that time must have felt. Having this as the backdrop for the future events in the story really helped to understand Effie’s motives and methods.  Once the action kicked in the story moved at a pace that was not too fast and definitely not dull. For anyone who likes a good fast paced thriller with a modern-day twist, I would definitely recommend “The Good Father”.