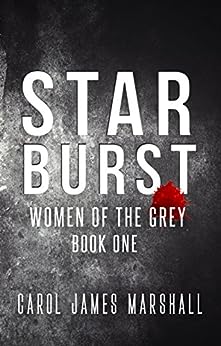 Full Disclosure, I was provided a copy of this book by the author, but have voluntarily chosen to write a review. All opinions are my own.

All the same and none different

Lisa comes from a mysterious place known as “The Grey.” In this ordered and rigid society the inhabitants are reared on a strict regimen of demeanor, diet, thought and action. The Mothers of The Grey teach the girls from a very early age that only obedience and conformity matters in preparation for their missions into society. Lisa has recently left The Grey to begin her mission on Feline Street, where the residents are as bereft as the buildings they inhabit. Armed with knowledge of their faces only, Lisa has a relatively short time to locate her four “marks” and guide them to the “end point” of the mission. She sets about her Mission with determination, but the more time Lisa spends with her marks on Feline Street and the closer the end point gets, the more Lisa wonders what her Mission truly is and what the outcome will be.

Starburst is a written primarily from the point of view of Lisa and her four marks; with each section or piece of the action being seen through their eyes. The story was not hard to get into and the writing style was perfect for the tale being told. As we learn more about Lisa and her “Marks” the more we see that each one, Lisa included, is damaged in their own way. For some, it’s a self-imposed exile due to previous life events or tragedy. With others, it’s an illness so bizarre that they cannot be reached by normal means. As the author weaves these lives together with their mutual acquaintance with Lisa, we discover that there is more that they have in common that the dirty, run down street where they exist.

Starburst can be classified loosely as a “coming of age” tale because it chronicles Lisa’s journey of self-discovery while navigating the odd world outside of The Grey. As she encounters new people and experiences, an inner struggle starts to develop between what she has always known and what may be. There is also a bit of dystopia tossed into the mix. On one side, there is The Grey, with its rigid rules and regulations and noncompliance is dealt with swiftly and efficiently. The other side of that coin is Feline Street which is the polar opposite of The Grey. On Feline Street there isn’t much order, everyone has their own demons to battle and many of them are not faring well. In the midst of it all is Lisa who attempts to reconcile what she knows with this new experience. There is also a bit of a Sci Fi element as the entire notion of “The Grey”, the female dominated totalitarian world of Lisa’s birth has an otherworldly feel to it as if the Women of The Grey are on this planet, but are not from this planet. This alone coupled with the missions that Lisa and others before her have been send on create a sinister vibe that runs through the Mothers.

Starburst is a fabulous read from start to cliffhanger finish. I would recommend this to anyone who likes Sci Fi, Distopia, Horror or  things with an underlying creepy vibe.