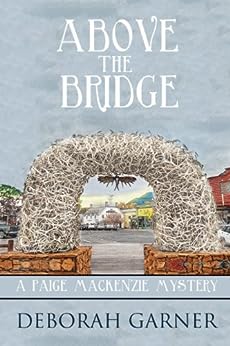 When Paige McKenzie goes on assignment with her Manhattan newspaper to Jackson Hole, Wyoming to write a piece about the area she expected to learn a bit about the history and culture of a place that’s about as opposite from the rush of New York as one can get. What she did not expect was to stumble upon a century old legend of hidden gold, old treasure maps and family secrets.

Thinking she will stay for a week or two to get a feel for the place, Paige is welcomed by the locals and settles in. When Jake, a newly transplanted cowboy from nearby Cody catches her eye Paige has a hard time keeping her mind on the assignment at hand. After seeing Jake engaged in a heated conversation with a mysterious stranger in the town square, Paige begins to wonder if there may be some truth to the rumblings of undiscovered gold in the Tetons. As she begins to work with Jake track down clues provided in a century old treasure map, Paige realizes that everyone is not all they claim to be in Jackson Hole and the duo are not the only ones who are looking for the treasure trove. Jake’s family legend is on the line as the pair attempt to discover the location of his ancestor’s stash before their rivals.

Above the Bridge is a great story that defies traditional literary genres. If I were asked to describe this book in one or two words, I would be hard pressed to do it. The people of Jackson Hole provide a welcoming, small- town feel. The scenic area while modern enough, still holds on to the old western feel in the main square. The Blue Sky Café is a staple of the story and a regular meeting place throughout. Resident waitress Maddie knows everyone and their preferences and not much escapes her notice. All of this gives “Above the Bridge” almost a cozy feel and there definitely is a mystery to solve, but there is no body count. The aspect of being in Jackson Hole, the hidden treasure aspect and Paige’s very cool time hop sequences adds a western element to the story as well.  The Paige and Jake dynamic is sweet. Theirs is the surprise romance that sneaks up and steals the show, making an already good story even that much better. All in all, a good clean story that will spark the imagination and leave a smile on your face.  I know for me, it made me research the Jackson Hole area a little further and upon viewing the town square web cam on line today I felt like I already knew the area based off Deborah Garner’s excellent story telling. Here’s hoping Paige McKenzie’s next assignment is as full of intrigue, history and colorful characters as “Above the Bridge”.