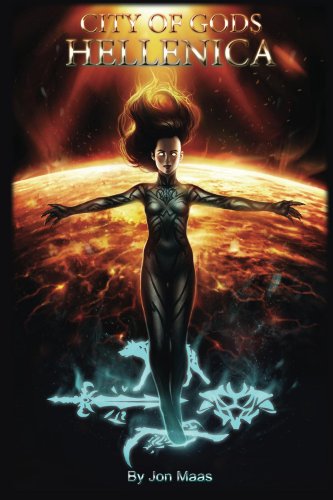 War, Pestilence, Death, and the White Night. Names that would one day strike fear into the hearts of every living thing and usher in the Apocalypse, but for now they’re just teenagers.

The mythical gods of old have returned to the Earth and have split the continents and countries into their various territories. Now known as “The Conurbation”, these gods of old wage wars against each other and rule over their subjects… both human and mythical. One province alone seems to be immune and attempts to put a stop to this mounting threat. Hellenica, has constructed an “Academy” and has recruited 16 gods in the hopes of training them to police the rest of the Conurbation.

War, Pestilence, Death, and The White Knight, also known as the Horsemen, find themselves at the heart of a plot to destroy the Academy from within. With no help other than a few trusted allies, the youngsters must learn to harness their powers and outwit deities ages older than them the clear their name and save the Academy.

I really wasn’t sure what to expect going into this book but I was pleasantly surprised. The backstories created for each of the Horsemen were intriguing and fit each character perfectly. The Conurbation as a whole was ripe with all manner of human and deity and it was very apparent that Jon did his research with all manner of mythical gods and creatures. The Yokai were particularly intriguing. Their tenement sort of reminded me of a mythical Chinatown. I also loved the rivalry between Rowan and Gunnar and the budding relationship between an unlikely pair. While some may feel that this detracts from the story, I disagree because it just goes to show that while these 4 may become powerful beyond imagination in the future, they are immature kids at this point in the book.

On a personal note, I have now read all books currently available by Jonathan Maas and have thoroughly enjoyed each one. While I am looking forward to a second in this series I am also waiting to see what he imagines next. Some authors tend to pigeonhole themselves into a certain genre, but Jon seems to be a “Jack of all Trades” and very good at it too! I highly recommend any of his books!