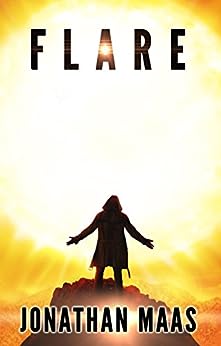 The earth is hit with a Solar Flare of such magnitude that it practically incinerates anyone and anything caught in the sun’s rays. Those left behind are left to attempt to rebuild, venturing out only at night, seeking shelter during the sweltering light of day.

What started out as your basic “extinction event” that follows two main survivors turned into something deeper in a heartbeat.

Ash and Zeke hear about a place called the “Salvation” a safe place that does not admit just anyone. Once meeting up, Ash, Zeke, Ash’s sister Heather and their companion Courtney all manage to arrive at the Salvation; however not all are allowed entry.

Those expelled from the Salvation continue their journey and arrive at the Dockyards, a place of such depravity that it could only be described as a “hell on earth”

This story really turns the entire “human structure” on its ear. For those with faith, it will be noted that while the “Salvation” is located deep underground away from the sun’s fierce rays all of the tenured inhabitants have adopted angelic names while those who dwell in the debauchery of the dockyards on the surface have all adopted Biblically bereft or down right demonic names.  The contrast between the two and the struggle to free those who are enslaved at the dockyards all contribute to what is definitely a great story of survival and the human spirit.

This is without a doubt one of the deepest and most thought provoking novels I have read in a long time. I look forward to more books in this series if there are any and I trust that they will be just as amazing as this one was.