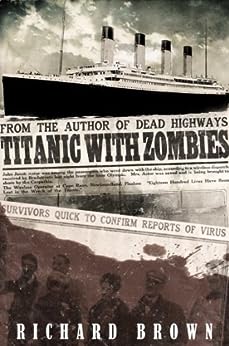 Originally posted to  Amazon and Goodreads May 2013

The Walking Dead come to the White Star Line

I went into this with an open mind. Being a Titanic “purist” of sorts, I don’t normally take kindly to anything that attempts to rewrite the story. It did look interesting, and since I was having “Walking Dead” withdrawals I have found myself drawn to zombie fiction as of late.

This was not rewriting the story. It was fairly historically accurate and it added a “what if” factor that gave the event a new twist entirely.

I really enjoyed it! The fact the characters that were based on real life people that I had read about ad nauseum helped for me to form mental images and, of course, the setting was one that has been fairly ingrained in my memory since I was a child. ( I guess being freakishly obsessed with a thing can have its benefits from time to time.)

Very enjoyable. I would recommend it. I was considering letting my similarly Titanic obsessed son read it, but will probably hold off for a few more years because of the gore factor.