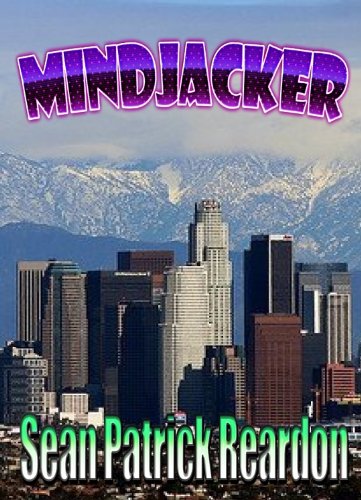 Posted to Amazon and Goodreads February 2013

Maybe it was the print to digital transcription?

I went into this book not sure what to expect, and I wasn’t completely disappointed. The premise is very interesting in a “this could actually happen one day” sort of way. There was an abundance of profanity and violence, but what do you expect when you’re dealing with the mob, right? And that’s not a bad thing either, I rather prefer thrillers/violence to romance any day.

Like other reviewers, I also found the music references to be distracting. While I can completely understand using a soundtrack to set the backdrop of the VR scenes and even the “goodbye” scene with Bryce; telling the reader what’s on the stereo at every turn was almost too much. At times, I felt less like I was reading a novel and more like I was reading a paper written for an English class.

The grammar mistakes were also very abundant. (The plurals of CD and DVD are NOT CD’s or DVD’s. Also, it’s a “drawer” not a “draw”. I even found an instance where doors needed an apostrophe, but one was missing; completely changing the sentence, and distracting me from the story for a bit after that.)

Seeing the other excellent reviews of this book leads me to believe that these mistakes may have been a result of shoddy transcription from print to eBook? At any rate, since misplaced apostrophes are a peeve of mine, it took away from the overall reading experience.

Based on story alone, I would have given this a 4. Based on the writing, runaway apostrophes, and spelling mistakes, this would be a 2. Overall, as a whole, I’ll rate it a three.

My husband says after the first few dozen mistakes he would have stopped reading and moved on to something else. If you can get past these errors, it’s worth a look.

Since it’s an eBook, maybe a revision to correct the mistakes in our future?