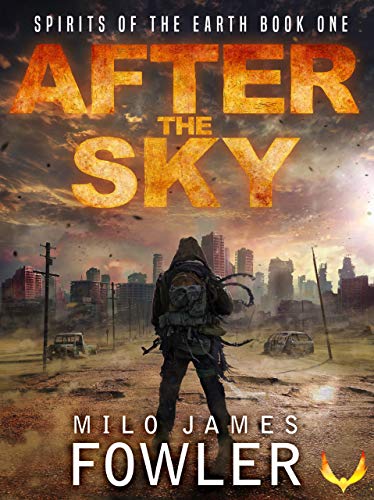 Full disclosure – I was provided an advanced reader’s copy of this book by the author, but have voluntarily provided a review. All opinions are my own.

What Happens After The World Ends

In the distant future twenty years after a global nuclear event, the lucky survivors venture out of their time locked bunkers to start life anew. What they find when they emerge is that the world as they knew it has been forever changed. After enduring 20 years of fallout, the landscape resembles less the home they remember and more of a moonscape or distant planet. The Earth itself appears to be rebelling against those who remain, and the lands are scattered with savage dust storms, a boiling sun and roving bands of wild humans. Those who venture out into the dust-covered ruins return forever changed, with unique and sometimes terrifying abilities. As the survivors attempt to locate and find each other their one goal is to get to a place called The Preserve and rebuild. But, with so many obstacles including other survivors, the future is dire.

After the Sky is the first in the Spirits of the Earth trilogy by author Milo James Fowler. Set in a future Earth and sometime after a nuclear war, the narrative follows several groups of survivors as they emerge after being isolated in underground bunkers on a mission to locate each other, rebuild from the ashes and repopulate the planet. It’s been a while since I’ve had a good apocalyptic type book to sink my teeth into so After the Sky was a very welcome change of pace for me. Fowler’s post cataclysm Earth was part Lost, part Mad Max, and part something that I have never read before. While the terrain may have been a barren wasteland, the storyline was far from it as it seemed that there was a new development to the story with every few chapters. This definitely kept me reading many times further into the night than I had intended. Once the Eden Guard was introduced, the stakes were ratcheted up a notch with the introduction of so-called “natural children of God” proving that man is their own worst enemy.

After the Sky is one of those books that will keep the reader thinking about the story long after the final page is turned. I thoroughly enjoyed this book and am eagerly looking forward to the rest of the trilogy. Even though this book was over 400 pages long, Fowler has only scratched the dust-coated surface of this world and I can’t wait to see what challenges our survivors encounter next.