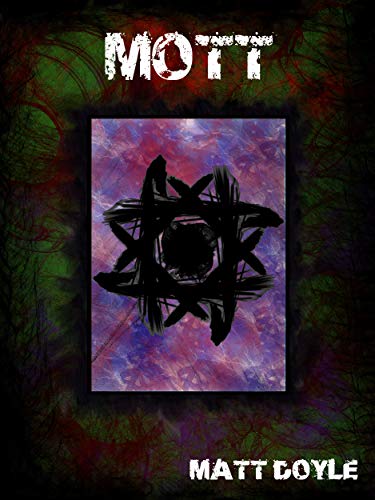 What happens when the game becomes real?

MOTT is the final entry in the Spark Form Chronicles series of books by author Matt Doyle. In this offering, it’s time for one last tournament with a twist. While Carnival is set to battle another entity taken from the realm of spark forming, this time her opponent is real. Usually, the characters and forms on the cards are primarily fictional; even Carnival herself is a holographic depiction of her namesake card. But, one character is not as fictional as the Federation thought. The MOTT is very real, and while being transported to the arena to battle Carnival in what promises to be a spectacle in itself the unthinkable occurs when the MOTTS escape. Once the pods are deemed “lost during transport”, Fahrn and Maria are tasked to retrieve then along with their armed escort for transport to the arena. As they near the drop off point the face a challenge that sees, Fahrn, John, Carnival, and Connor Ford in a battle unlike any they have ever encountered as the arena comes alive.

MOTT is the fourth installment in the Spark Form chronicles series by Matt Doyle. Set primarily off world with the focus on Fahrn and the MOTT, the action returns to terra firma in the final chapters. With a storyline reminiscent of Alien, Doyle really brings the focus out of the arena and onto the individual characters as he winds down the series. For fans of the arena action, it is still there, but not as heavy as the previous books in this series. I really liked how each character’s storyline had a bit of resolution and in the end, and even those that may have been hated at one point in the series find a shred of dignity and sympathy.  I also liked how the main plot revolved around Fahrn and Maria and their life outside of the arena. As a fan of Fahrn, I was really looking forward to a stand-alone novel for her or at least more insight into her character. I felt that I got some of that with the way MOTT was written.

While I am sad to see this series go, that just leaves Doyle open to create another world brimming with larger than life characters that you can love or love to hate. I am looking forward to whatever comes next but, of course, will always hold out for a surprise one-off short to return to the world of Spark Forming.