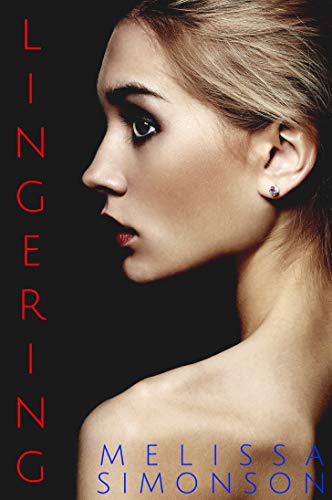 Death is the end… or is it?

When a loved one passes, that’s the end. With a life snuffed out, phone calls and text messages stop and all that’s left is a gaping hole were a life once stood. But what if that didn’t have to be the end?  What if you could communicate with your deceased beloved family from beyond the grave? The chance to hear their voice one more time would be very enticing indeed, and Ben is faced with this exact dilemma while mourning his murdered fiancée. With his life in upheaval and days spent getting drunk at Carissa’s graveside Ben is approached by Jess.  Her boyfriend, Nick, has pioneered technology that uses known elements of a person to generate a program that can be used to communicate with grieving family members, and she feels that Ben would be an ideal “Lingering” beta test subject. With Carissa’s death shrouded in mystery and her murderer still on the loose, Ben warily takes Nick and Jess up on their offer. If nothing else, maybe he can learn something from the Beta test that can bring some closure, answer questions and possibly even catch a killer. What starts out as an awkwardly surreal conversation via text message with his dead fiancée turns into a full-blown obsession for Ben. But the more Ben gets to know Nick and Jess the less he feels comfortable continuing the program. Unfortunately, Ben has progressed so far down the slippery slope of the Lingering project that it may be difficult, if not impossible to fully break ties.

Lingering is the newest book by author Melissa Simonson and is the first that I have read from this author. While the premise starts out simple enough, the story quickly develops and morphs into something not quite like anything I have read before. Ben goes from a grieving fiancée to obsessed addict within the span of the book that is almost frightening to witness. Watching the story unfold, I tried to imagine how I would react if ever in a situation such as his and I can say that I doubt my results would have been any more favorable.

In truth, the concept of masterminding an AI device that can mimic any person isn’t really a hard thing to imagine in fact it’s already in use to some extent. What makes Lingering especially compelling to the point of cringy is when the AI is designed to take the place, however temporary, of someone you love. Even with that being said and with sanity temporarily out the window for those grieving the departure of one taken by violent or premature means, this seems to be just the thing that they would crave. How many times have you heard a friend or family member say about a deceased mom or lover “If I could only talk to them again”? Lingering explores this concept in a way that sucks the reader in and leaves them thinking for a long time after the final scene has ended.

If you like your stories dark, humorous and just close enough to feasible that it could keep you up at night Lingering may be the book for you. I previously mentioned by this was the first book I have read by this author, but if Lingering is any indication of her talent it will not be my last.