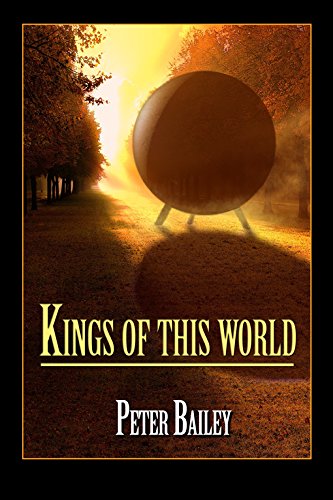 Full disclosure, I was provided a copy of this book from the author however have voluntarily chosen to write a review. All opinions are my own.

Save the World… lose yourself.

Imagine waking up one day with the entire world having gone insane. People staring into space, then going crazy –  having sex in the streets and killing people over sandwiches. This is the reality for Matthew, a one-time newspaper writer who is now wandering the streets of London trying not to get killed. When he meets up with Jeremy, it appears that the duo are the only ones unaffected by what they have termed “The Stupid” and together they set out to determine the source of this affliction. Holed up in Jeremy’s procured penthouse apartment with his “girlfriend” Gretchen, the pair witness several ships landing and the afflicted being herded into the vehicles by the ‘Cones’, apparent alien life forms that have somehow caused the entire world to go dumb and docile. The pair watch as the ships return day after day to repeat this process, sometimes deploying a few previously collected Stupid as a weird form of remote controlled scout to collet any remaining humans that may remain in the surrounding buildings. Trapped in their apartment, the unlikely pair decide to try to stop to Cones before they harvest the Earth of all living beings, but how do you best an alien lifeform with a perceived higher intelligence? If they do nothing, they will be kings of their world after the afflicted are harvested, but at what cost? After hearing a cryptic message on Jeremy’s shortwave radio supposedly from the invading life forms, the pair use this message to gain access to the ships in an attempt to best the invaders and restore the Earth and her inhabitants.

Peter Bailey has written a take on alien invasion and human harvesting that I have not yet been exposed to, and that’s not a bad thing. With the alien life forms using some sort of control to dumb down the human race, it appears that they are being harvested for use as slave labor. The implication of this, for me, was fairly thought provoking. Having that catatonic nature follow a period of wild uninhibited actions was reminiscent to the classic Star Trek episode “The Return of the Archons” where the Red Hour sees the normally docile citizenry given up to bouts of blatant violence and debauchery. Add in Jeremy, the smart mouthed know it all that Matthew finds himself unfortunately paired with and  a seemingly unending supply of alcohol and there is an added element of antagonism. Imagine being only one of two people left in the current area not practically drooling on themselves as they wait to be scooped up into a spaceship to God knows where and the person you’re stuck with is a pompous know it all. Seriously, at times I was expecting Matthew to take Jeremy out just for some peace and quiet! Following Chelith’s final transmission the pair find themselves as saviors of the world, but their heroism may have come at too high a price. The final chapter of this book, a flash forward of sorts will make you think and the final paragraph will completely blow your mind. If you like end of the world survival and apocalypse stories that will leave you thinking, Kings of This World would be a great read.