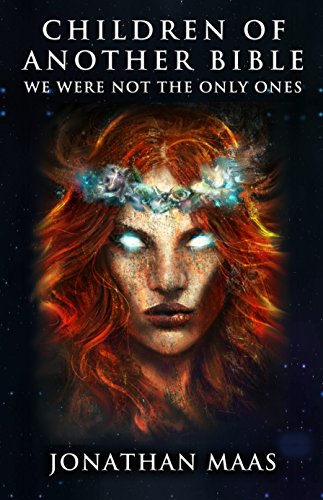 Full disclosure – I was provided a copy of this book by the author but have voluntarily chosen to write a review. All opinions are my own.

Children of Another Bible: We Were Not the Only Ones is the newest book by author Jonathan Maas and once again he takes us on a fantastical journey into the depths of his imagination to a world that is ours, but not quite. Told in three discernible sections, the narratives while seemingly disjointed work together to tell the story of forgotten angel Kulkuz as she works throughout the millennia and in various realms to secure a future for her children who have all but been wiped from the face of the Earth. Throughout the course of the narrative the reader is transported through modern day scientific experiments to prehistoric coming of age trials and a future where animal communication is possible to far reaching planets as Kulkuz’s story unfolds.

I wasn’t sure what to expect going into this book and I must say that this is unlike anything that Maas has written to date and quite possibly anything that I have read in a long time. Children of Another Bible tells the tale of the red headed children of a forgotten angel and her efforts to bring them out of obscurity and into prominence. The first section of the book follows scientist Julius as he tests a new medical procedure that, if perfected could revolutionize medicine and the human life expectancy. The second section takes the reader to a prehistoric rite of passage for two young men who must survive the night alone and relying only on their wits. The final section of the book takes us far into a future, where augmented animals exist alongside once extinct species and colonization of distant planets is a reality. The one constant throughout the entire tale is Kulkuz. While I would have liked to have seen some resolution within the specific sections of the book, the true story here wasn’t Julius’ plight or Kian’s or even Dexl’s, it was how Kulkuz used these three people in three completely different spaces in time to bring about her ultimate goal. It will be interesting to see if there is a Children of Another Bible part 2 in the future to tie up some loose ends or further the story where it left off. The story as it stands is good as a stand-alone novel, but I can’t help but feel that there is more to this story than Maas has explored in this initial offering. If you like science fiction, fantasy or books that question existence itself, I would recommend that you give Children of Another Bible: We Were Not the Only Ones a read.