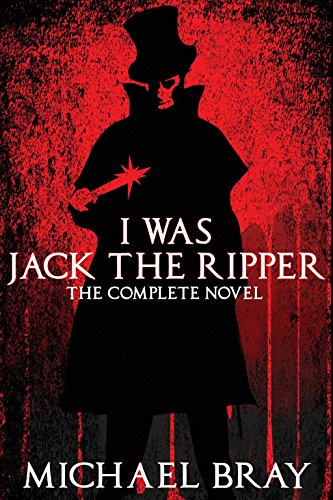 In his own words

“I Was Jack The Ripper” is the newest novel by horror/thriller author Michael Bray. While not a ‘factual account’ of the Whitechapel Murders or the Ripper, it is a tale of fiction based on fact which allows the author more room for artistic license. Also, in the true form of the time-period and subject matter being covered, this is not a novel that should be read by those who are easily offended.

Initially released as a test offering to members of his mailing list and then as a serialized novel in five parts earlier this year, Bray has aggregated all his previous work into complete novel format just in time for a suitably gruesome Halloween read. For more detailed analysis of each individual section, please visit my corresponding reviews that have been posted for each of the serialized parts.

Told in a format that was at times reminiscent of “Interview with the Vampire” in its setting, the story begins with Jack – now using the pseudonym Edward Miller as he calls upon an author currently in the process of writing about the Whitechapel Murders. Jack requests that Mr. Hapgood tell his story as well so the world can know who the Ripper was. Hapgood initially refuses, but finally agrees upon learning Miller’s real identity. Jack begins his narrative at the pivotal point of his early life as he relays a chain of events that turned a once happy boy into one of the most brutal serial killers of all time. As the evening wears into night and then early morning, Edward/Jack relays his story and the events from his tragic childhood, youth and adult years that have served to shape the stuff of legend. As expected the canonical five murders are also revisited from the standpoint of the Ripper, but the story does not end here as Bray uses the final 25% of the book or so in a speculative account of what may have been in the life of the Ripper in the form of a personal “journal”. As the story draws to its inevitable conclusion, Jack finds closure and a bit of absolution while remaining an enigma and the stuff of legend.

After having read through the Jack series in all its iterations over the last eighteen months I found myself going through a myriad of emotions. Michael Bray’s imaginings of Jack as a child, youth and young man plagued with all sorts of horrors and injustices that work to incite his inner demon to come to the forefront is an amazing story. I found myself feeling sorry for young Edward and almost at time understanding how the events of his youth served as the catalyst for the birth of one of the most legendary killers of all time. Many times, I found myself physically sick at the tortures that young Jack was made to endure. The speculation of the Ripper’s early life and how it shaped his remaining days and his now infamous work was not only genius but also plausible. The story itself is well researched and eerily factually accurate based on what I have seen from various source material. If you, like me, have a curiosity of sorts with serial killers and Jack the Ripper specifically I highly recommend this book. You will not be disappointed.