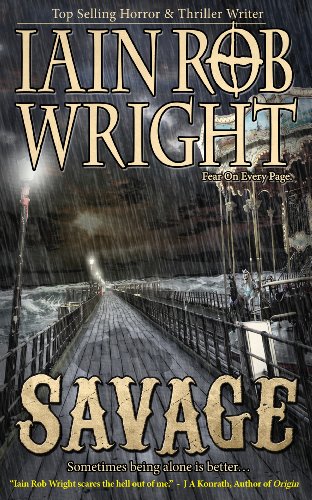 A great read either standalone or part of the Damien – Verse

This book picks up about a year after “Ravage” leaves off.

In the grand scheme of the IRW world this book is about 6th or 7th in a series of books that involve two pivotal characters. The book is written is such a way that it can be read as a stand alone novel or as part of a series. I read it after reading all of the previous books in leading up to it and had a few “OMG” moments.

SPOILERS AHEAD — YOU HAVE BEEN WARNED

When I figured out that Roman was Damien, I was so excited! Finally our bad boy turned good will get his revenge against the man who was behind him losing his hand and bringing the zombie infection into the world.

I was seriously hoping for an epic battle to end all battles between Damien/Roman and Sam but that was not to be. The ending was bittersweet with losing Poppy however there was still hope with Hugo and his girls and Cat’s pregnancy.

Also, I refuse to believe Damien and Sam are dead. There is a possibility that they survived the sinking of the Kirkland and that epic smackdown that I was looking forward to may still see the light of day.